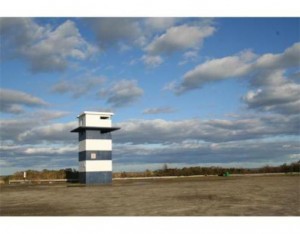 This morning it was off to Fairhaven, Massachusetts for the 2nd Annual West Island 5k. It was an absolutely perfect spring morning and heading down toward the coastal town of Fairhaven was a nice drive however what was ahead along the race course far outweighed a nice drive down. The scenic run on the West Island section of Fairhaven made for an ideal course to get a nice 5k race in along.

The race started off with a moment of silence for those injured and killed at the recent terrorist attacks at the Boston Marathon which was then followed by a brilliant rendition of the Star Spangled Banner sung by a local student with the crowd of runners joining in leaving you with pre-race goose-bumps before the race kicked off.

The race started on a nice downhill which led to a sharp left turn onto an iconic beach neighborhood road. The road hugged the water and runners raced past both year round homes and seasonal cottages available to rent for those looking to have a week at the beach. What was quite nice about running through this neighborhood is that the locals came out in force and cheered runners along while pounding on the pavement in front of their homes.

As you passed the mile mark, you began to head down another beach road and made your way to a watch tower housed within a sand parking lot at the end of the beach. Water was available as you looped your way through the parking lot and back out the road toward the 2 mile mark. The last mile was a gradual increase in terms of elevation for the earlier part before it leveled out back through the same neighborhood the race started off on.

The last .2 of the race was trudging back up the downhill terrain that the race started off on and after a long 21 mile training run yesterday, every step on the last .2 really was earned racing up the hill.

I finished the 2nd Annual West Island 5k with a time of 23:47 which is good for 7:47/miles. Special thanks to Westport Chiropractic for a great post-race stretching of my calves and hamstrings and for not laughing too much at how tight a runner actually can be.

This great article was originally posted on:
http://therunninggriffin.com/2013/04/28/2nd-annual-west-island-5k/

Mayor of the Martha Custis Court
See All Sponsors